Saw the Major dished out an update so here goes with mine:

Started a business when I was made redundant 4 years ago now, I now run a relatively successful industrial automation business making control panels and writing the software for them. We have so much work we are looking in to taking on our first real live employee! Which is all a bit scary really.

The good lady wife and I decided we needed something for leisure time that we both could do rather than me go shooting on my own and her running marathons and cycling to Paris (mad as a March hare my wife, or a box of frogs depending on which you prefer). So we decided to learn to sail, not dingies we've done that before and I'm getting a bit old to be squeezing 6"2" under a tiddly little boom that smacks you in the head too often. We did our competent crew qualification and then sailed around the greek islands two years ago and last year we completed our day skipper qualification in Gibraltar. We have continued to sail this year but in true barking mad fashion my wife signed up for the fasnet race which she completed this weekend which isn't for the faint hearted.

We are booked to go to Athens at the end of the year to bring a boat back from the seasons flotilla's and deliver it back to Corfu, two weeks of sun sail and the long suffering (wife) can't wait!

Life is pretty good really we have things we could moan about but we don't, nobody would listen anyway and there's far too much moaning in my opinion anyway.

Hope all you Ladies and Gentlemen of TAW are well and life is treating you as well as it is treating us in Blighty. Don't game much at all these days and TS was never one of my strong points hope to "see" you around.

I sure there is more I should tell you but my fingers are aching from typing this much so I'll leave it there, my regards and best wishes to you all.

Mannering
PS I'll try not to leave it too long next time! 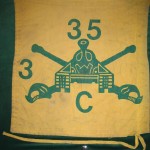 Thanks for the update! What type of sailboat now? 30 footer?

Wow Mannering! Seems like real life is going great! Nice to hear from you.

Thanks for the update!
honeyr@tawclan.net

Hi Dread,
Anything really but mainly 36-40 footers as lnog as I don't have to duck too much their good to go.

I could be wrong but i think he meant Athens, Greece not Georgia

. I have been to Athens, GA a few times. REM is also from Athens, GA. I had a few pints in a bar owned by one of the band members from REM. That night in the bar my friend stood up and started singing Ave Maria. He has an amazing voice and everybody in the bar went silent. The bar went crazy when he finished and they made him sing another. I believe he came in second in Ed McMahon's Star Search many years ago.

Hi Mannering. Good to hear from you glad to hear things are good for you mate!

Hi Morgan,
Hope you are well?

Sounds like you're having an absolutely wizard time old bean!

Sorry I'm late adding my two-penn'orth, I don't call in here as often as I should, what with everything else going on.

Two new grandchildren arrived 6 weeks ago: Harrison John and Meredith Saffron, we cruised round the Baltic then went to Berlin, it was all fab-o-de-fabuloso

And this year I actually marched past the Cenotaph with my RAF Association on Remembrance Sunday, which was quite an experience.

I too seem to be swamped with work, which is paying me so well lately I can actually afford things like cruises. Like you I can find things to moan about but there's no point so I shan't. On Sunday I'm joining the RAF Association again for a rather lengthy and rather liquid lunch

so I'm getting the train to Gloucester and back (from Stroud).

Good to see you around again old chap.

Glad to hear you two English chaps are doing so well. Keep in touch.

Hello Major. Always good to hear from ya mate!

Always a pleasure to see your cogent postings. I've been playing a bit of Steam Punk games lately, including the rather super Bioshock Infinite (I bought a new computer and it and the latest Assassin's Creed came with it

)
Damned if I can get BF1942 to work on the new machine in any way shape or form though. Ah well.